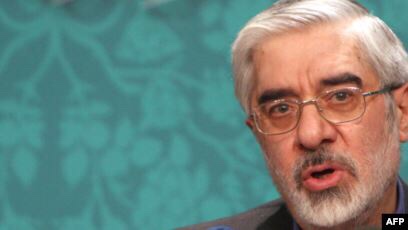 Iran’s middle-class is quickly bracing for an uprising after the SL Khamenei threatened its way of life last week by the internet shutdown and a violent crackdown. I warned two years ago, in an interview on Al Jazeera English.

Mousavi’s courageous message, from his nine-years-long house arrest, comparing the regime and its violence to the Shah’s in late 1970s, has reinvigorated the middle-class, and has the potential to revive the green movement.

The aggressive reactions, both from the exiled regime-change camp (Pahlavi, MEK, etc.) and the hardliners in Iran, speak of his intact position as perhaps the only figure who can rally the middle-class against the evermore repressive regime, on the verge of an implosion.